Oftentimes I get questions about pieces of my training that show up on log, and many times I don’t answer these questions. What may surprise you is that I’m actually doing you a favor by not answering. It is human nature to get excited with new things, be they new toys or ideas. The “shiny object syndrome” is in all of us at varying levels. As a human being its important to recognize this and particularly if you’re an influencer of any sort in your field. Hell, I’ll argue in today’s social media age we all need to be aware of this. Just think if everyone had to wait a year before they could have posted about how awesome their Bullet-Proof coffee was. By now we have seen that the novelty has worn off and most no longer do it. My choice to intentionally delay stating an opinion, what I call the 6-Month Rule, would stop nearly fads in their tracks.

What would happen if everyone had to follow a simple validation process before posting, blogging, vlogging, or whatever about their new “shiny object or idea”? The habit of promoting untested ideas is incredibly pervasive in the fitness industry where everyone wants to make his or her mark by bringing or popularizing something new. It is something that should be detested by the industry, and if you’re an influencer you should be asking yourself if your part of the problem.

You should be embarrassed if you continually promote the next hot thing, and 6-months later that thing is not part of your own program.   I know I would be. This is why I use a validation process. For me it involves incorporating the tool, method, or idea in my training for several months. At this point, I will then select a few coaches or key athletes at my facility and then share the approach with them. I ask them to report back to me in a couple months.   Then, I do the most important part of the process…. I WAIT.   If at 6 months it’s still not a priority in my training, then the idea is dead. The “shiny and new” effect has begun to fade and the idea must stand on its own.   Does it work? Does it provide value? Is it enough of a priority to make time in my life to incorporate it? Only when the answer to these questions is, “Yes!” do I start to promote an idea. 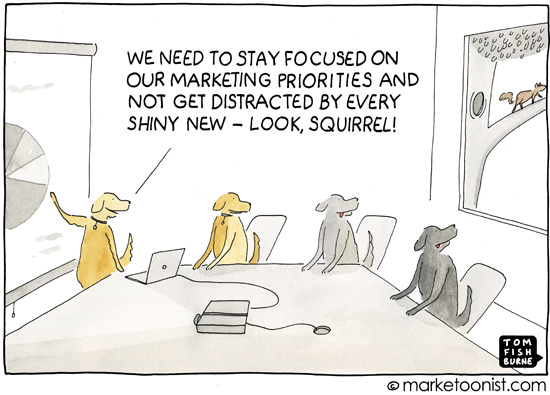 As an athlete, coach, and innovator in the sport, I am an experiment. I’m constantly trying new ideas or approaches. This honestly isn’t the best from my personal athletic perspective. But my priority is the impact I have on people in the field of strength training, so I make this compromise. In this process I am often excited about the new method, idea, or tool, but I hold to the process as I know human nature and find that most ideas simply don’t pan out as priorities in the long run.

Every article I have written or product I have produced has gone through this process. As shown in the validation process above, 6-months is the absolute minimum and it often takes closer to a year. A lot of items or ideas I have produced have been key principals in our facility for 5+ years by the time they reach publication and production phases.

Be proud of your work now and when you reflect on it years later. You can avoid being part of one of the biggest problems in the fitness industry by using a simple validation process. A process with the most important step being, the WAITING game. Yes, this means you will have a lot less new ideas to write about. And it means a lot of other people will have the opportunity to write about those ideas before you do. But it also means you won’t lose your credibility over time. And most importantly people will respect your work, including yourself.

We pride ourselves on creating tools and apparel that are a result of the philosophy above. Check out some of the designs we’ve created and pick one up if you like it!