Are you looking for an excuse to get drunk or abuse alcohol? If yes than go away! This is most definitely not an article for you.  Without a doubt the negative long term and short term effects of alcohol are very well documented. Particularly as an athlete, excess and even moderate alcohol use can have a detrimental effect on your powerlifting and strongman performance. From negative hormonal factors such as lowering testosterone, lowering HGH, lowering ADP generation, and increasing cortisol to dietary impacts of reducing protein syntheses, containing 7cal/g of energy, and interfering with absorption of other nutrients – all of these factors make it clear that alcohol is something to avoid as a strength athlete (or consume in very minimal quantities).  The short term depressant effect, slowing both cognitive ability as well as coordination, and reducing decision making abilities makes it hard to understand how there would be any value in alcohol at all – particularly when it comes to strength sports.

Unfortunately for us, much of the research we have access to is incomplete. It looks at the short term and long term effects of alcohol on the body. There is plenty of positive research on minimal to moderate long-term alcohol use and the positive effects on cardiovascular health and free radical scavenging properties – This might be something for us to explore at another time.

The exception and interesting thing to note is in the lack of research on the IMMEDIATE effects of low-dose alcohol consumption on the athlete.

The proposed hypothesis is that alcohol used in small and properly timed doses allows for harnessing some of the immediate psychoactive effects that can have a net positive impact on performance.  Before reading further I would like to state that the use of alcohol is banned by WADA (World Anti-Doping Agency), so if you are thinking of using it in tested competitive events – please don’t.  Interestingly enough, the very first athlete to be disqualified from the Olympic Games was for alcohol use at 1968 games in Mexico City (Hans-Grunner Liljenwall).  This was only one year following the death of Tom Simpson, a Tour de France athlete that died from excessive use of Brandy and Amphetamines during the race.  It was this 1967 death that caused the IOC (International Olympic Committee) to kick off its anti-doping efforts. The use of alcohol in athletics has been around for some time.  How long exactly is a historical mystery, but it is well documented that the challenging 1904 Olympic Marathon was won by Thom Hicks who was ready to give up at the 16mile mark due to exhaustion.  After that point, at every stop his handlers gave him brandy for recovery and he went on to finish and win the race.   The ancient Greeks in the original Olympic Games used a number of psychoactive drugs, including wine consumption, to enhance performance.  Even today many Russian strength athletes are rumored to enjoy drinking vodka before deadlifting.  I believe this is not just because they like vodka but the actual immediate performance enhancing effects.

To explain my logic I invite you to first imagine a scenario that many may be familiar with – an individual in a bar.  In that bar you notice someone at another table you find very attractive and want to strike up a conversation with, but most of us in this classic scenario are nervous.  You friend suggests you have a shot of “liquid courage”.  Yes, we know some of the positive psychoactive effects of alcohol from our own experiences without having to see any hard research.  That quick shot of liquid courage does several things – first, it reduces inhibition and fear, then it can also shut down the many thoughts that run through your mind; thoughts of second-guessing yourself and of overthinking the situation. It quiets the mind and calms the nerves – effectively reducing anxiety in the short term.  One interesting anecdote is that alcohol is banned in the sport of competitive shooting for exactly these reasons. Alcohol can be a performance enhancer that can reduce tremors, improve balance (yes…immediate but not long term), and thus ultimately improving accuracy.  In addition to calming the nerves, reducing inhibition, and reducing fear, it also heightens whatever mood you’re in – including aggression or sociability. 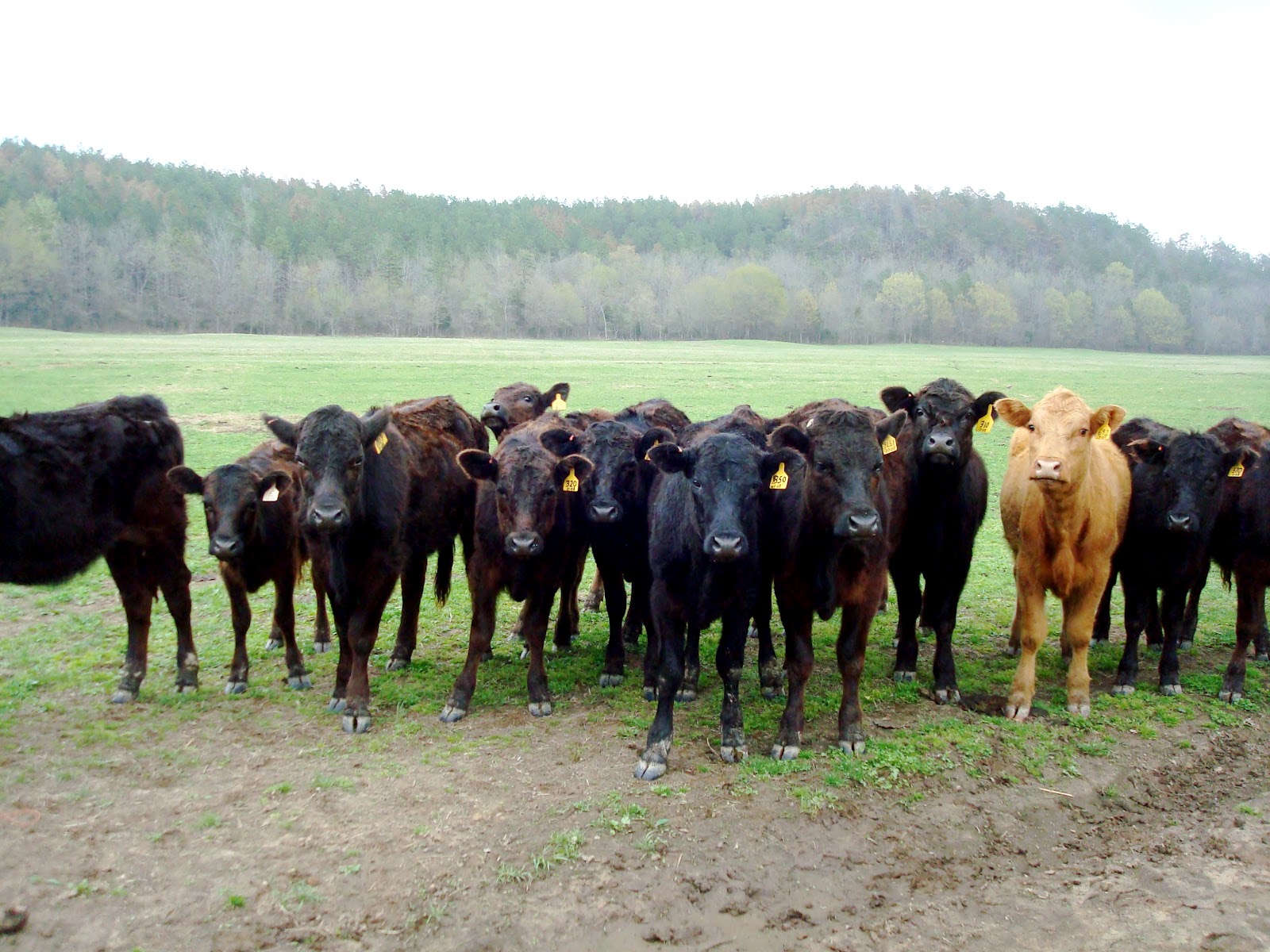 One of these things is not like the other…

While alcohol is listed as a depressant it is an interesting drug in that that it can also have stimulant-like effects.  Part of this effect may or may not be related to the fast acting metabolic action it has as a calorically-dense substance.  Alcohol absorbs faster than simple carbohydrates yet has almost the same caloric density as fats while also being absorbed and used by the body with a higher priority than the other macronutrients.  This may not be what causes stimulant like effects under some conditions, but it certainly has an impact as an on-demand intra-workout calorie source.   Think back to the recovery of that marathon runner.  We can anecdotally guess that if he had used alcohol before the race it would have had a negative impact on his performance.  But in this specific application it was effective in the immediate, short term as an intra-workout energy source.

Additionally, alcohol has an immediate hypertensive effect on the heart – it effectively causes blood pressure to increase.   While this effect is not typically considered beneficial, short-term spikes in blood pressure can make heavy weights feel lighter.  Elevated blood pressure, reduced fear, less jitters/tremors, more focus (shutting down the overthinking mind), mood enhancement, reduced pain perception, fast absorbing caloric energy it is easy to now see how this popular psychoactive drug can be used as a specific targeted tool by which athletes can improve performance.  As long as the amounts are kept to an absolute minimum – mitigating both the short term and long term negative effects – it is not a far reach at all to consider alcohol as a performance enhancer, particularly for strength athletes.

Due to the negative short term and long-term effects of alcohol its use in training should be very limited; perhaps saved for that heavy Squat or Bench Press PR when you need an extra boost.  Think about being at the bar and having walked up and started a conversation with that person.  With a shot or two in you, you are likely unaffected, have your wits about you, and can engage this person successfully.  However, if you continue to drink, everything is going to go downhill quickly as you become inebriated.  In the gym it needs to be the same way – a shot or two before that big lift of the week (or month) is all that is needed.  Harness that big PR set and take it a step farther next time.

What you don’t want to do is to negatively affect the rest of your workout, the next days training, or your recovery in any way.  As the Russians are rumored to do, it also seems wise to only use alcohol as a performance enhancer for movements you can walk away from – the deadlift being a perfect example.  You don’t want to get stuck under a squat or bench because of reduced coordination, even if this isn’t likely with the amounts we’ve discussed.  Additionally, if you chose to use this substance for performance enhancement at a (non-tested) powerlifting meet, you wouldn’t want to drink before squats or bench as this would leave you with the negative effects later in the day on the subsequent lifts.

I have only been experimenting with timing and amounts of alcohol in training for the last month or so.  As suggested above, I have only done this on deadlift days.  Currently I am deadlifting twice a week, and that puts me at 2-4 shots a week.  I have found a shot 2-3min before my last pull to be most effective.  Sometimes it is before the last two pulls.  I have also found that lifting after the shot causes the alcohol to burn out of my system very quickly.  I usually feel no negative effects of the alcohol before the set but as I walk away from the bar I can feel it hit rapidly and then it quickly goes away.

Since I deadlift at the beginning of a workout I was worried about the alcohol affecting me negatively while hitting all my volume work after pulling.  I have found this not to be the case with how rapidly the alcohol wears off after a set.  While my frequency of use has been high in employing this method on a weekly or twice weekly basis, that has been solely due to the fact that this is an experimentation phase.  Once I have the effects, amounts, and timing dialed in I will add this to my tool kit for when I need the extra boost.  This approach most definitely should not be utilized in every training session or even every week in my opinion.

**Disclaimer You will note that absolutely no documented research was presented for this article as it was written for entertainment purposes and is not meant in any way to be any sort of recommendation.  Please take it as such and understand that I only wanted to share my thoughts on a subject for which very little research and written material (even anecdotal or experiential) exists.

Chris Duffin has hit a PR in every single workout in every instance he tested this method. These sessions were all done while in the middle of a caloric deficit.  Unlike the Russians and their Vodka… He’s sticking with an American alternative, Kentucky Whiskey.  There are of course many others. Enjoy your pick of the litter!

As always, if you’re looking for a great strength tool to add into your arsenal of daily work to increase you Bench Press, core strength, mobility and reduce the chance of shoulder injury than be sure to check out our ShouldeRok!